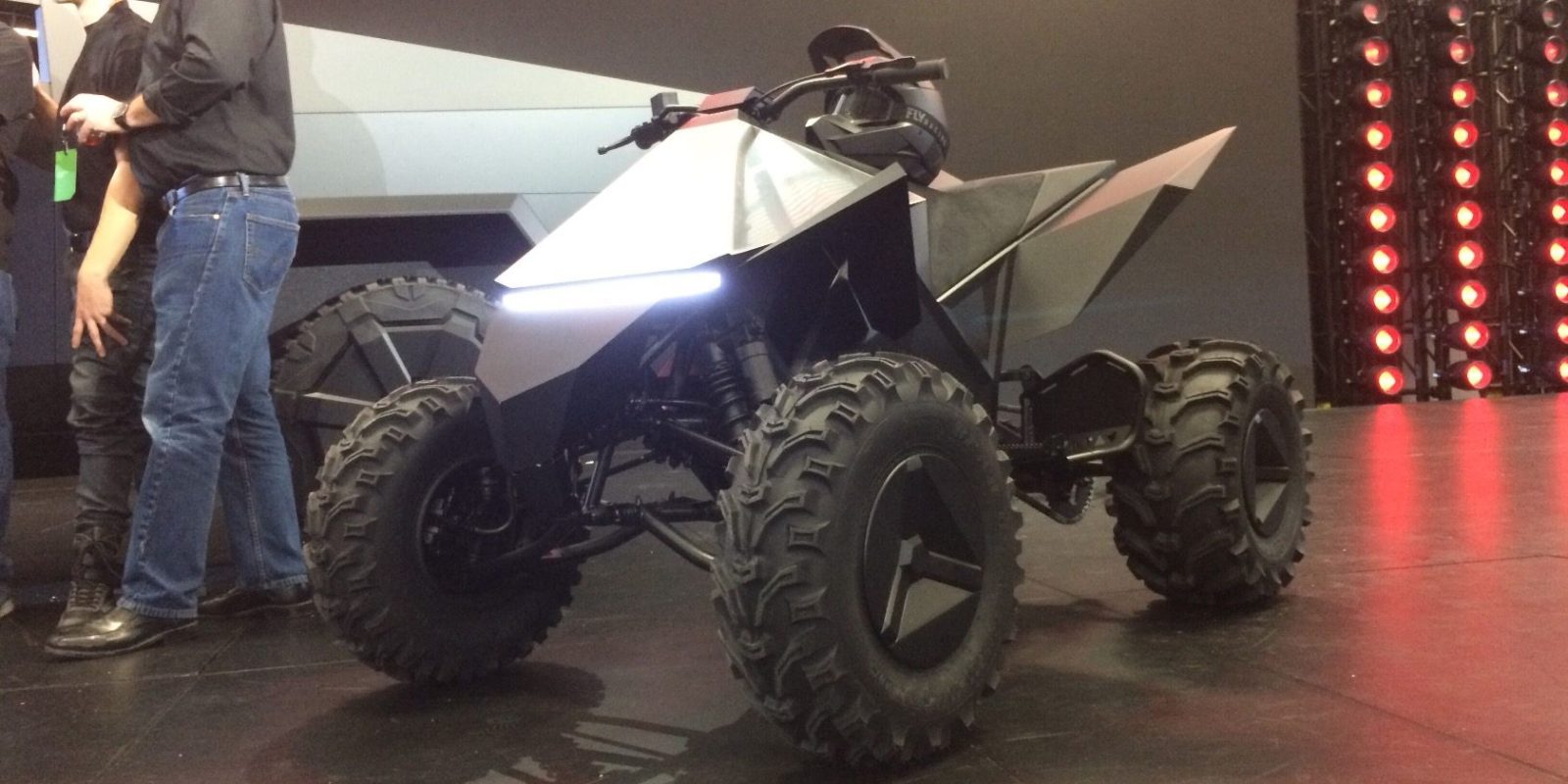 Elon Musk confirmed that electric ATV Tesla unveiled at the Cybertruck unveiling will actually be an optional add-on for the buyers of the electric pickup trucks.

At the end of the Cybertruck unveiling last night, Tesla brought on stage an electric ATV made by its design team.

The vehicle, called Tesla Cyberquad, was used to demonstrate the loading capacity of the Cybertruck, which can lower its rear suspension to accommodate easier loading of a vehicle on a ramp to the bed of electric pickup truck.

It plugged into the electrical outlets (110v/220v) onboard the Tesla Cybertruck — meaning that while the Tesla electric ATV is on the Cybertruck, it is charging.

At the time, Musk didn’t mention anything about making the ATV available at the time, but on Twitter today, Tesla’s CEO confirmed that it will be an option for Cybertruck buyers:

The CEO also confirmed that the Tesla ATV is going to be a two-seater.

Instead of selling the ATV on its own, it sounds like the automaker is planning to offer the “Tesla Cyberquad” as an option for Cybertruck buyers.

Tesla didn’t reveal any specs for the electric ATV. 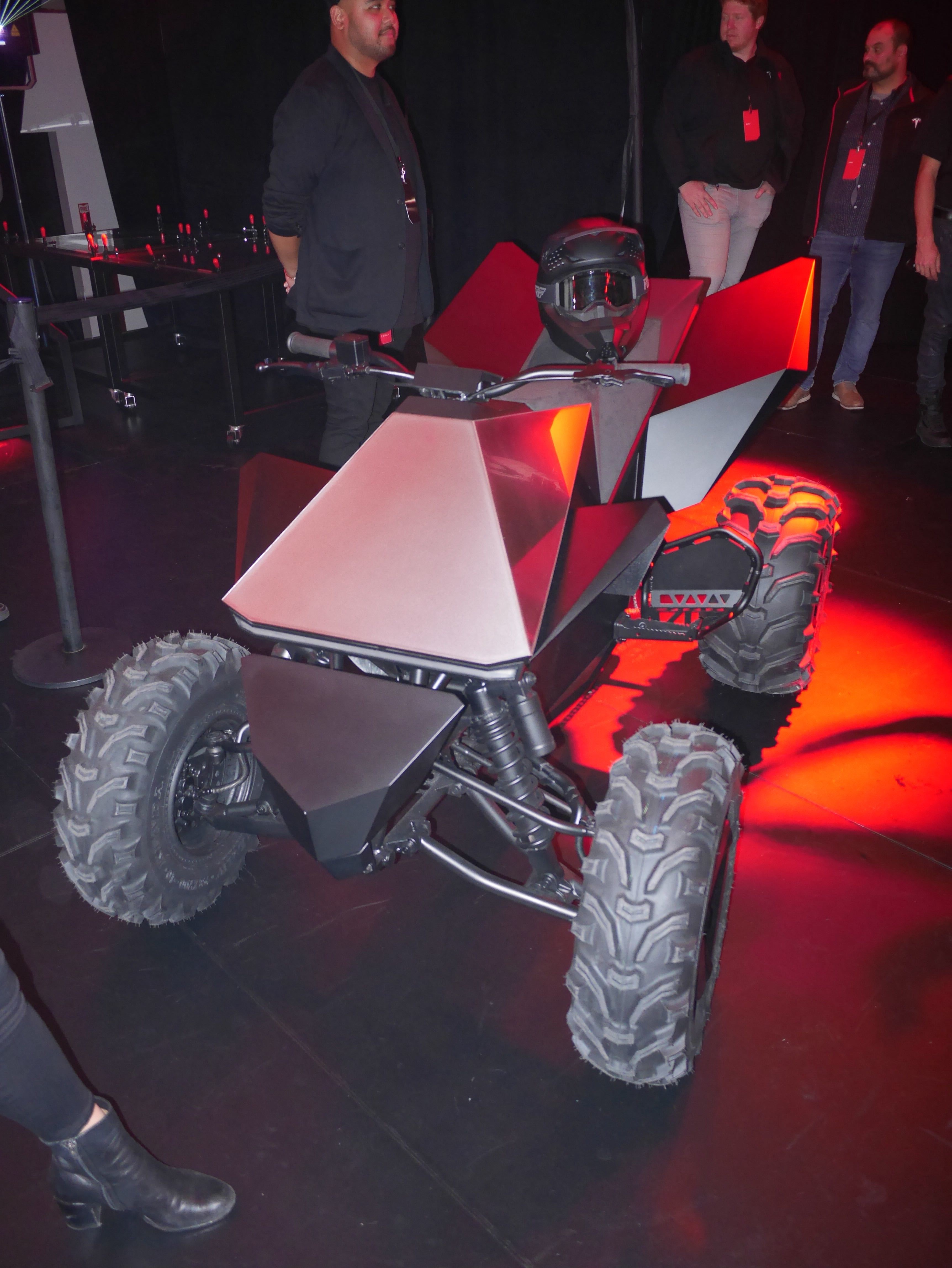 That’s great news. It’s exactly what I suggested in my first post about the Tesla ATV.

It would make a great incentive for early Cybertruck buyers to confirm their orders and help Tesla’s margins with a relatively expensive “option” like that.

Of course, the specs still need to make sense, but I feel like Tesla will have no problem to make a fun electric quad with all its experience making electric vehicles.

I hope Tesla eventually ends up selling the Tesla Cyberquad on its own.

It could be an interesting way for people to get into electric vehicles and the Tesla brand.

Also, ATVs are a fun way to explore nature, but they are also very loud and polluting. It would be awesome to have a quiet, zero-emission way to have a similar experience.