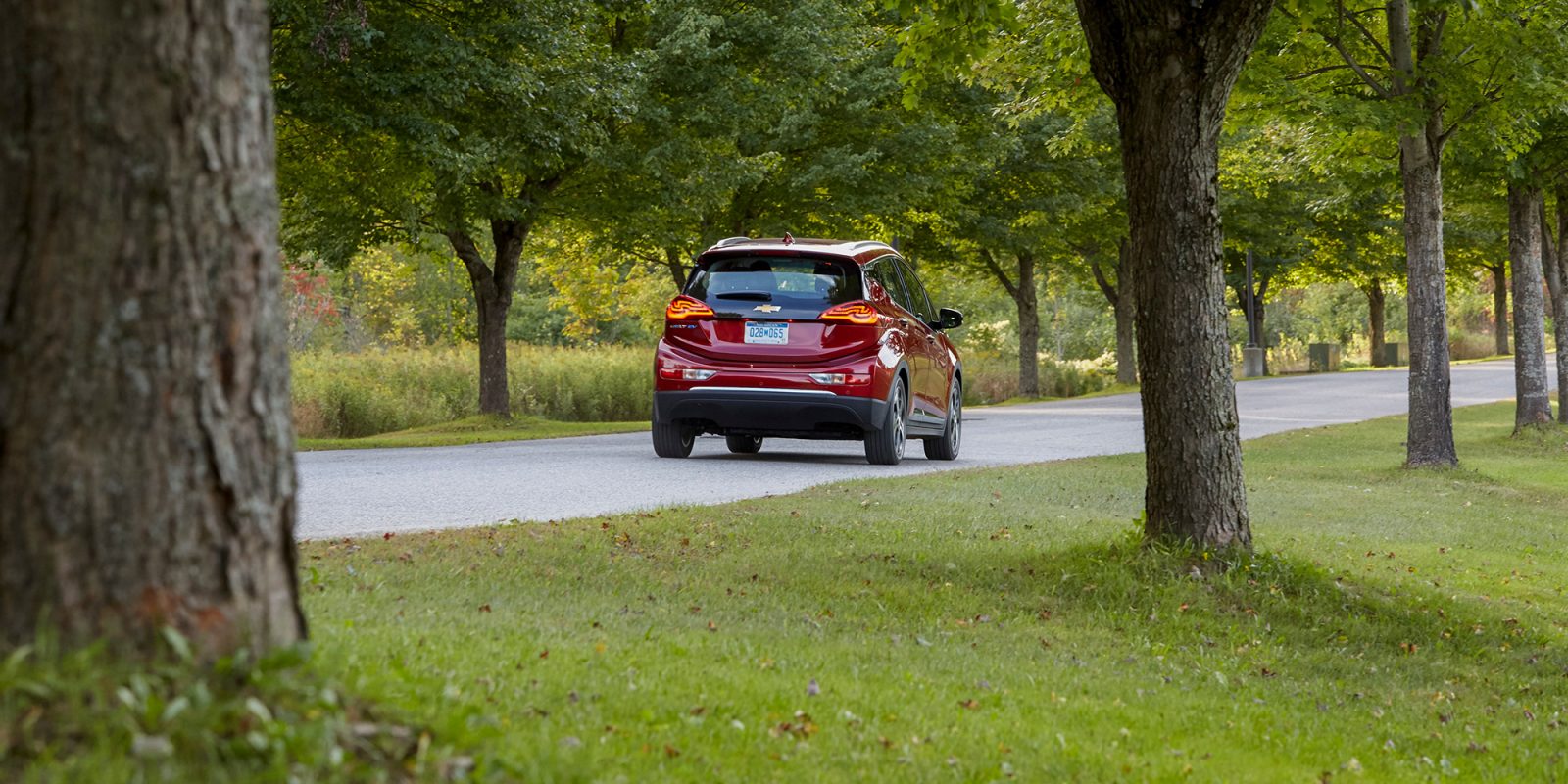 The Chevy Bolt EV is GM’s first long-range all-electric vehicle. It’s a “compact crossover” utility vehicle with 238 miles of range and a starting price of $37,500 before incentives.

GM started producing the Bolt in October 2016 and the vehicle made it to dealerships not long after in markets with ZEV mandates first, like California. The full US rollout was finished by the middle of 2017.

A recent Chevy bulletin sent to its dealers makes the all-electric Bolt model eligible for about $10,000 in lease incentives. Bolt buyers in San Francisco could get another $1,400 bonus, resulting in a three-year lease for the 2020 Chevy Bolt LT for $169 a month, with $2,219 due at signing.

Find the lowest purchase and lease price here on Electrek.

Despite its low purchase price, the Chevy Bolt has been struggling with sales. Recent reports show a 29.5% decrease from two years ago. Despite generally positive reviews, it’s clear that EV purchasers are looking for overall value versus just rock bottom price.

A recent Chevy bulletin sent to its dealers makes the all-electric Bolt model eligible for about $10,000 in lease incentives. Bolt buyers in San Francisco could get another $1,400 bonus, resulting in a three-year lease for the 2020 Chevy Bolt LT for $169 a month, with $2,219 due at signing.

GM is trying to reverse the two-year downward trend in Bolt sales, especially before the last $1,875 in federal credits ends on April 1.

END_OF_DOCUMENT_TOKEN_TO_BE_REPLACED

It’s been a banner year for the Tesla Model 3. But US sales of every other EV stagnated or declined in 2019. New purchases of the Chevrolet Bolt, the nation’s second most popular electric vehicle, slid to 16,418 in 2019, a drop of 8.8% compared to last year. The 2019 figures represent a 29.5% decrease from two years ago. This winner-take-all paradigm, if it continues, spells trouble for GM, Volkswagen, Ford, and every other automaker trying to sell EVs.

END_OF_DOCUMENT_TOKEN_TO_BE_REPLACED

It’s been nearly two years since GM provided images of a next-generation Bolt EV that lacks a steering wheel or pedals. All of a sudden, in the past couple weeks, top GM execs have been talking up its electric hatch as a self-driving platform. Now Reuters reports that CEO Mary Barra met last week with US Transportation Secretary Elaine Chao to discuss getting those robo-Bolts on the road.

END_OF_DOCUMENT_TOKEN_TO_BE_REPLACED

Drones to be used to deliver supplies to marines in combat

Illegal drone flights and crashes at the Golden Gate Bridge

The benefits of adding sounds to your drone footage

GM CEO: Yes to self-driving EVs, no to plug-in hybrids 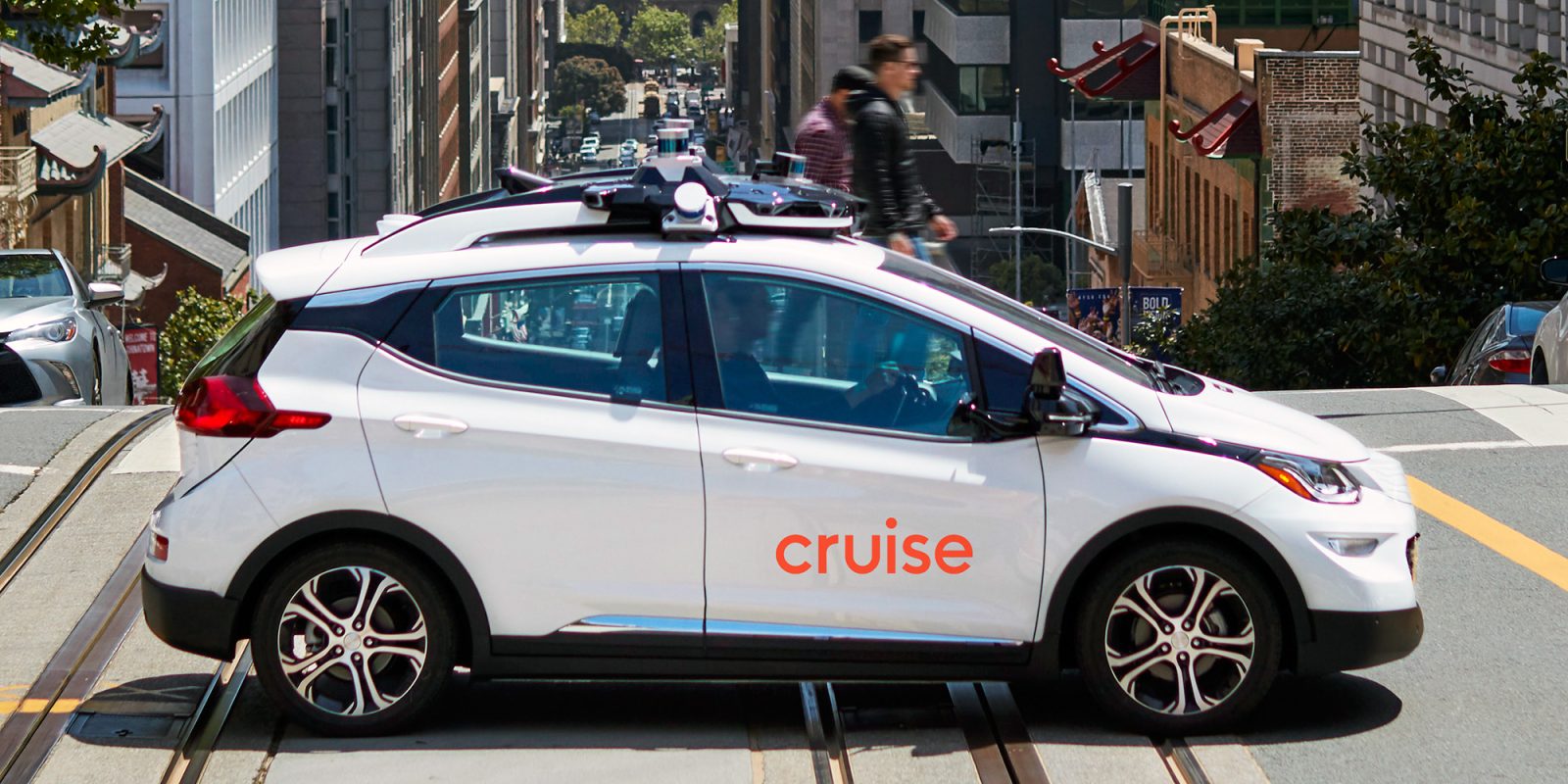 GM was planning to introduce one or more new electric vehicles at CES next month. But the company said it failed to meet the deadline because of the United Automobile Workers’ (UAW) strike, according to Motortrend.

The delay is not stopping GM CEO Mary Barra from making a push on autonomous vehicles (AVs) while nixing future plug-in hybrids. “All AVs should be EVs,” she said.

END_OF_DOCUMENT_TOKEN_TO_BE_REPLACED

EVs are not a problem during California fire season, they’re the friggin’ solution 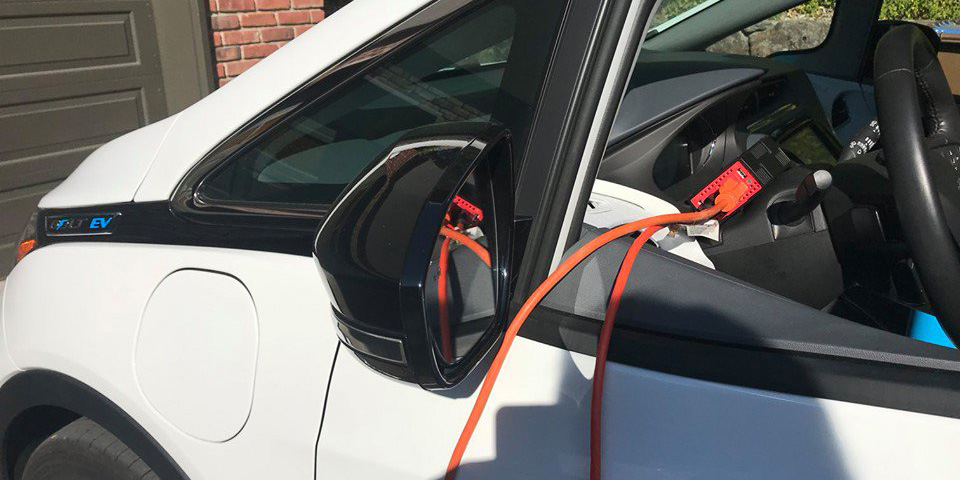 Electric-car naysayers jump to the conclusion that California EV drivers were stranded during recent power outages. But Carleen Cullen, executive director of Cool the Earth, used juice from her two EVs to keep critical appliances running during fire season.

END_OF_DOCUMENT_TOKEN_TO_BE_REPLACED 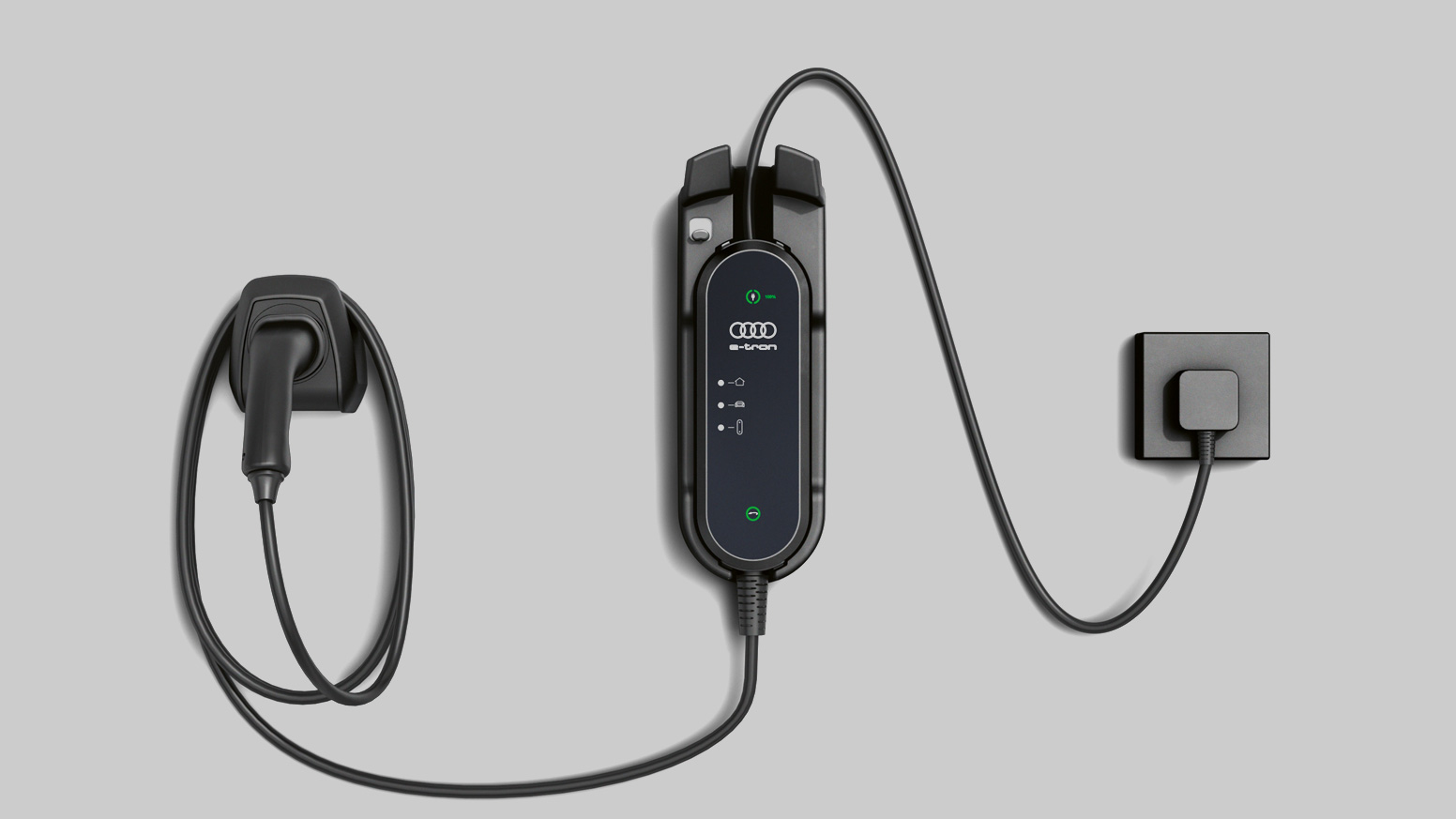 In this post, we review the portable EV charging cords that come standard with the following electric vehicles sold in North America: Tesla (all models), the Audi e-tron, the Nissan Leaf, the Jaguar I-Pace, the Porsche Taycan, the Chevy Bolt, the BMW i3, and Hyundai (all BEVs). This review is pretty wild; the specs (usefulness) of OEM standard charging cords are all over the place. Some car makers gave a ton of thought to this while others clearly gave none. That’s concerning, because “electricity is everywhere” is a major argument in favor of EV ownership, but that’s only meaningful if you can usefully tap the grid.

END_OF_DOCUMENT_TOKEN_TO_BE_REPLACED

The Chevy Bolt EV 2020 is getting a slight range upgrade from 238 miles to 259 miles of range, according to an update from the Environmental Protection Agency (EPA). END_OF_DOCUMENT_TOKEN_TO_BE_REPLACED

General Motors (GM) has filed for a trademark for a vehicle named ‘Bolt EUV’ – hinting at a new electric car based on the Chevy Bolt EV platform. END_OF_DOCUMENT_TOKEN_TO_BE_REPLACED

GM is about to become the second automaker to see its federal tax credit for electric vehicles start to phase out and it announced that unlike Tesla, it will not adjust the Chevy Bolt EV prices to compensate. END_OF_DOCUMENT_TOKEN_TO_BE_REPLACED 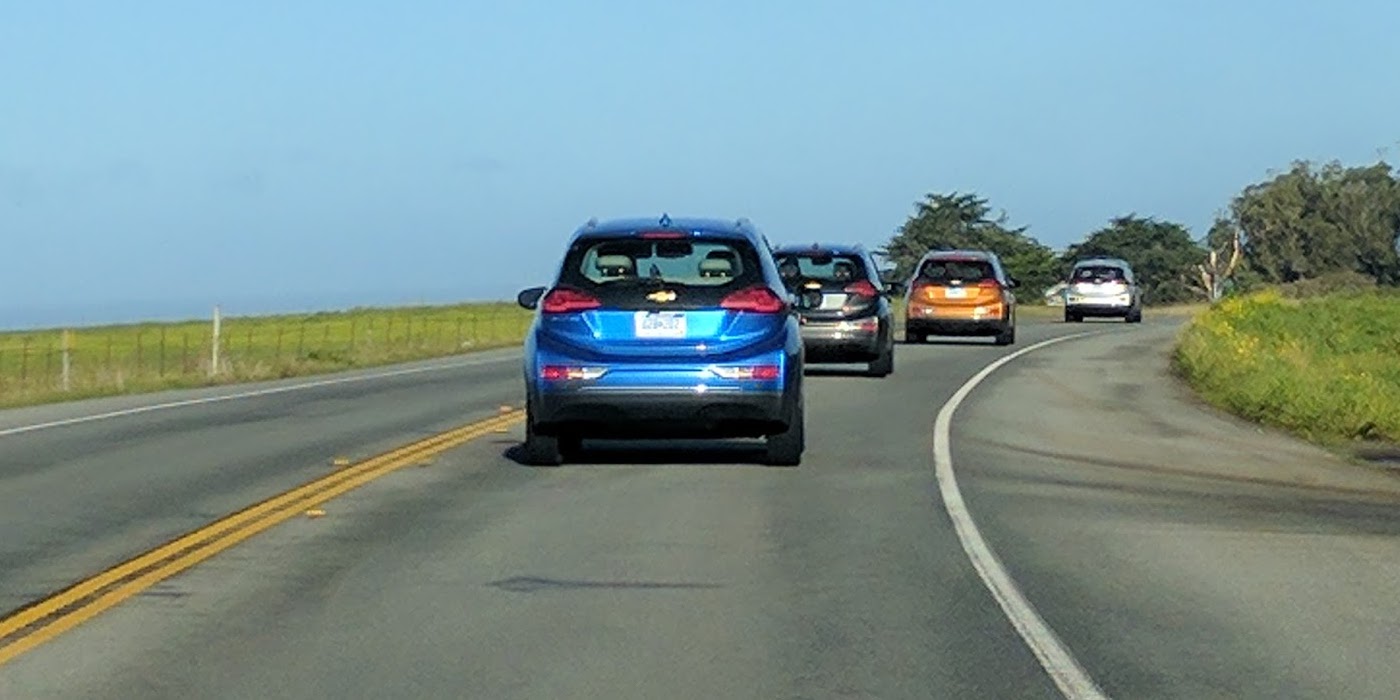 Fuel shortages are hitting Mexico after the closure of state-owned pipeline creating a distribution bottleneck and Chevy intelligently took advantage of the opportunity to promote the all-electric Bolt EV at gas stations. END_OF_DOCUMENT_TOKEN_TO_BE_REPLACED